In late 1995 a new symbol rose from the ground at Australias' Wonderland - "Space Probe 7".

SWR-FM approached Wonderland and gained a handshake agreement to install some temporary equipment and conduct a test.

One limitation was the type of antenna they could use, they were limited to using a Co-Linear (Whip) type antenna so as not to distract from the "look" of the probe. A few weeks' later the heavy equipment was hauled up 75 metres inside the probe by the technical team, installed and switched on in November 1996.

SWR-FM coverage was dramatically improved, especially in the Blacktown CBD. Only a few months later, the failures began. One by one the transmitter, RF amplifier and UHF receiver failed and then failed again and again atop the damp, corrosive environment of the tower. Every failure meant a 75m climb straight up with a heavy piece of gear in tow. As a result SWR was often reduced to low power transmissions from the probe.

Throughout 1997 the problems sapped and wasted time for the technical committee. The problem needed to be fixed. In September '97 the committee spent 10 hours one night hauling up new enclosures for the equipment and re-installing it in a safer, more permanent fashion in the hope that the problems would be solved. Instead the problem became the management of Wonderland itself who claimed that the alterations had not been authorised, when in fact they were - months before. In the intervening time the management of Wonderland had changed no less than eight times.

The temporary deal was over.. and SWR was off air again.

Here are some pics. 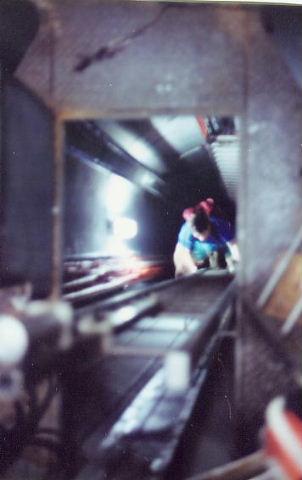 Inside the probe, climbing up to the top.. 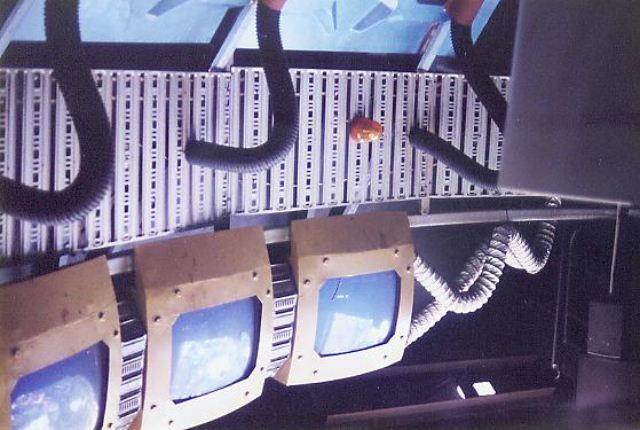 At the top, under the hat, on the walkway above the cars. 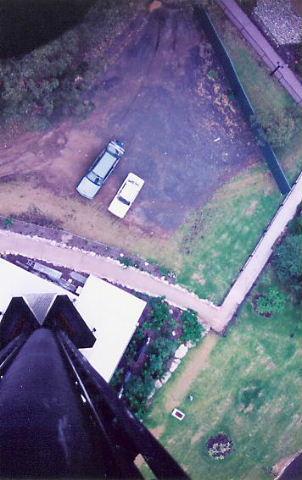 Looking Straight down from the walkway. 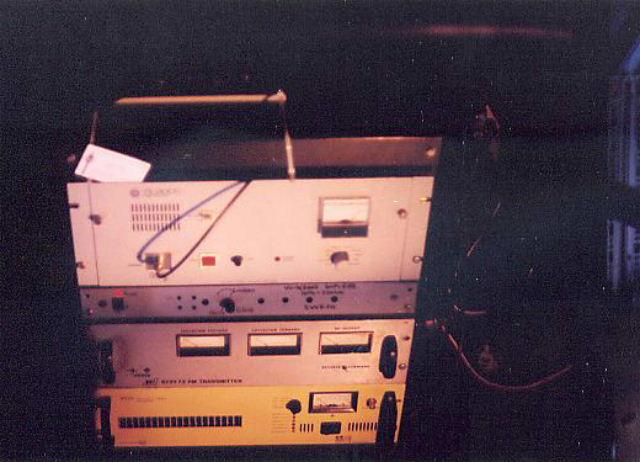 SWR-FM Broadcast Equipment in the top of the probe.