The Bush Beast was a "Double out & back figure 8" configuration, a direct clone of Paramount Canada's Wonderlands Wild Beast built in 1981.

The Bush Beast was prefabrecated on site and assembled like a giant contrruction kit out of 450,000 board feet of imported Southern Yellow Pine and held together with over 30,000 steel bolts and 9,072 Kg of nails.

The Bush Beast was built to last 40 years.

The first component of the lift hill goes into place. 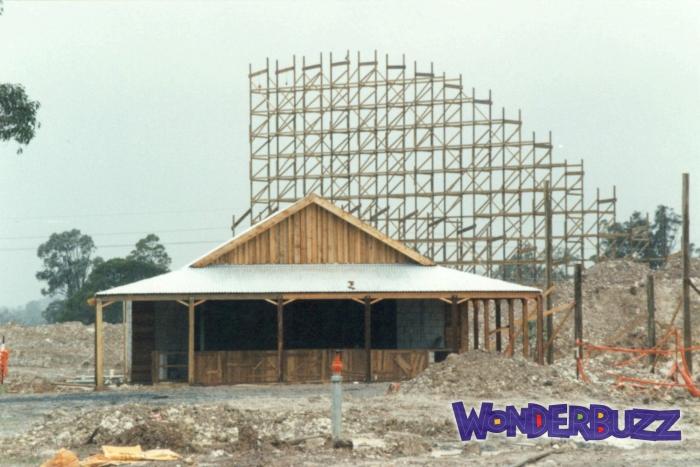 You can see what is ment by "assembled like a giant contrruction kit", when you look at the pictures above and below that where taken on the same day only a few hours apart.

The first component of the main 25 meter drop is built, at the same time the lift hill was completed. 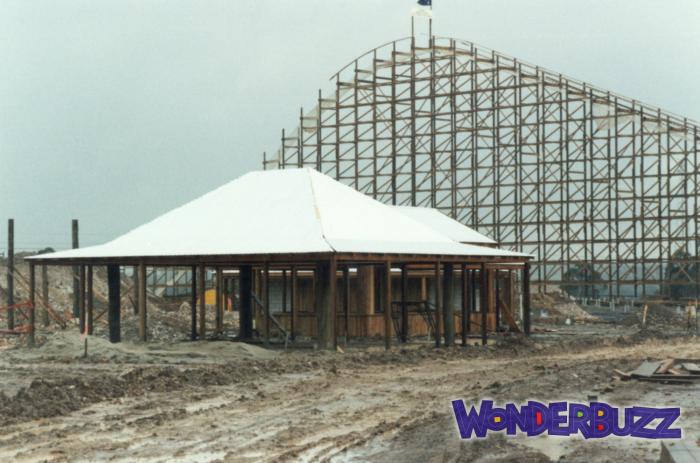 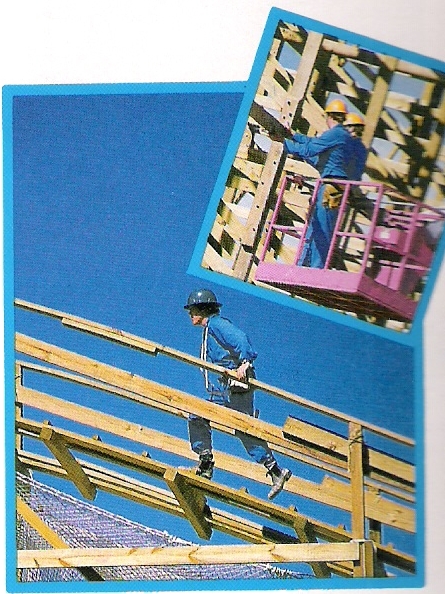 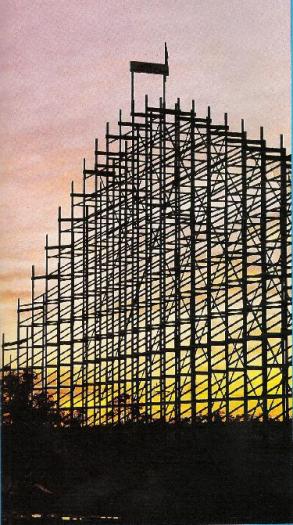 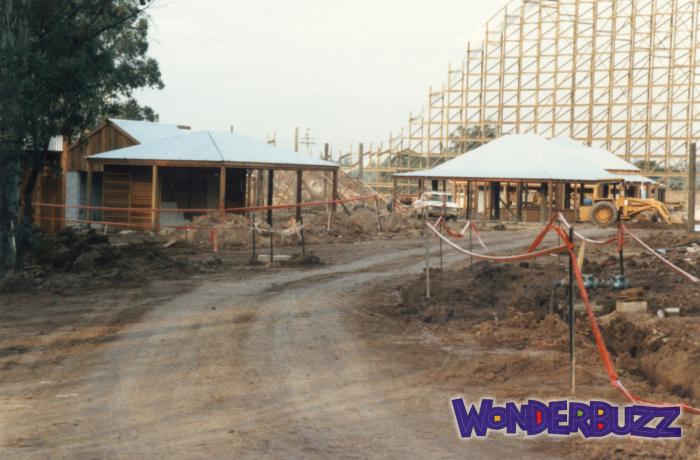 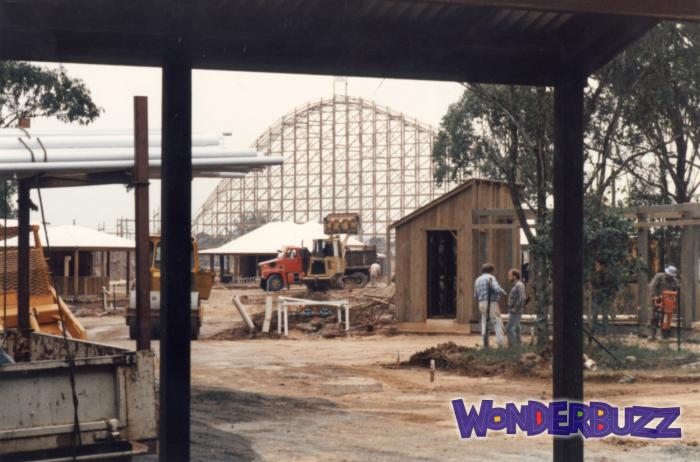 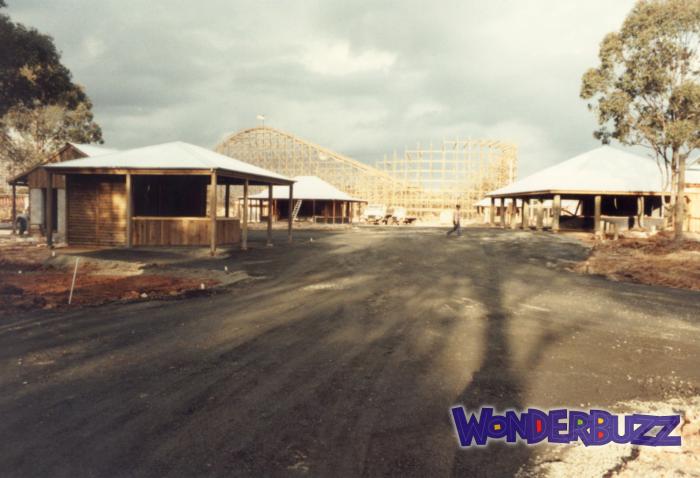 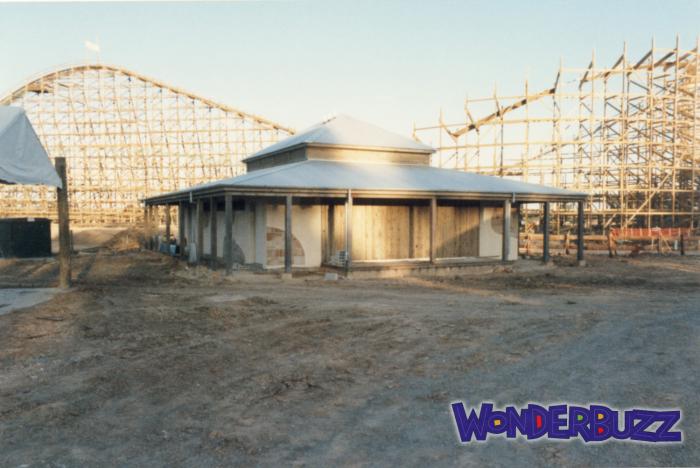 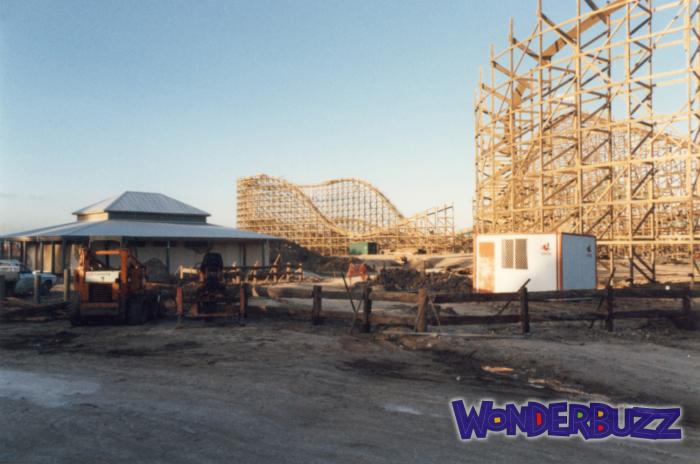 Construction was completed on the 5th of November 1985. 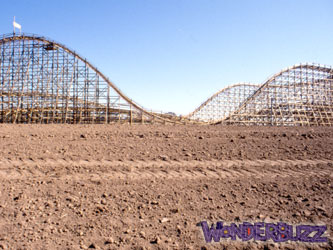 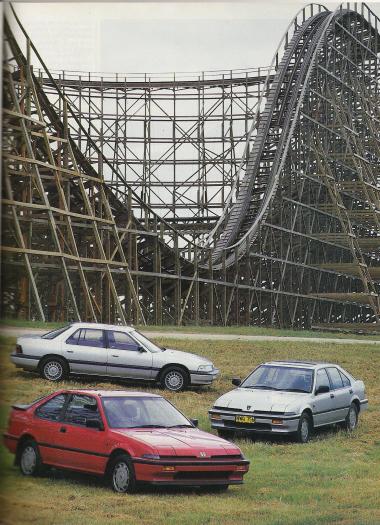 Construction workers signed their name in 2 locations on the Bush Beast.

The first location was on the side of the floor just underneath the original top landing for the exit ramp, which was later converted into the Control Booth when the Bush Beast went to 1 person operation. This was dated 4/11/85 and was accompanied with the name Mark Dearing. You could notice it as you walked down under this landing and looked back.

The second location was on the side of a horizontal brace which supported the maintenance platform that serviced brakes 1 to 4 under the station, this was dated 5/11/85.

Tuesday the 5th of November 1985 was the last day of construction. This gave a little over 4 weeks to commission the ride and add final touches to the theming of the Bush Beast before the park opened.

Bush Beast used fin type breakikng pioneered by taft, Bush Beast was computerised, the computer aka PC (programmable controller) controlled everything on the ride, and would shut down the ride if there was any fault. 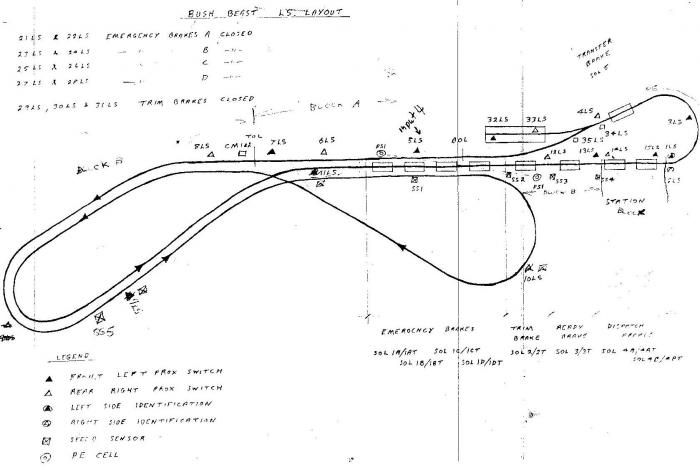